When Amanda Thomashow was a graduate student at Michigan State University in 2014, an old cheerleading injury started to flare up. Amanda’s mom Suzanne is a pediatrician, so she recommended a doctor she’s known since medical school: Dr. Larry Nassar.

Amanda frantically called her mom after the appointment to tell her what happened.

“I think my words were, that’s disgusting. It was repulsive,” recalls Suzanne. “I could not fathom what had just happened and what she was telling me. It was like, ‘what? He did what to you?’ And she repeated it to me a couple of times that I said, ‘well, that’s just not okay. It’s not okay.’”

After she talked to her mom, Amanda decided to make a formal complaint about Larry, which triggered two investigations.

After Amanda’s complaint about Larry, Michigan State University police detective Valerie O’Brien asked him to come in for a chat.

We got the tape of this police interview through a public information request.

It’s dated May 29th, 2014. The full interview lasted two and a half hours. We edited it down to a 20-minute version, which you can see below. (Note: contains content that may be sensitive to some readers.)

Larry’s genius in this police interview is that he flips the script.

Instead of denying anything, he admits it; he says he did touch her breasts and vagina, but says it wasn’t sexual. It was medical.

This is Larry’s playbook. He hammers his credentials and bombards the investigator with complicated medical terms about his techniques.

In the video, you hear Larry describe his version of what happened at his appointment with Amanda. We also have Amanda’s version, as she told it to us.

We want to play Larry and Amanda’s stories side by side so you can hear for yourself how Larry got people to believe him, not Amanda. How he constructed an alternate reality, one where he’s not abusing these girls…he’s healing them.

Toward the end of the interview, Detective O’Brien starts reassuring Larry.

She tells him, “You should take a polygraph to prove your innocence.”

He never does; the test operator tells the detective that a polygraph wouldn’t work in this kind of case.

What he does do is send police several follow-up emails, with PowerPoints about his techniques. (Just like the PowerPoints he gave Meridian Township police in 2004.)

When the interview’s over, Detective O’Brien thanks Larry for coming in so fast. They shake hands and she walks him out.

The MSU police chief denied our requests for an interview with O’Brien, saying the report has to speak for itself. O’Brien still works for MSU Police, and has since been promoted to Assistant Chief.

So now, Larry had talked his way out of two different police investigations. Once in 2004. And now, again, in 2014.

But with Amanda’s case, it wasn’t just police who let Larry go.

Since Larry was a university employee in 2014, Amanda’s report triggered a federally mandated Title IX investigation.

Title IX investigations look into whether somebody broke a school rule — in this case, Michigan State University’s sexual misconduct policy.

These investigations are done by school staff, not by police. 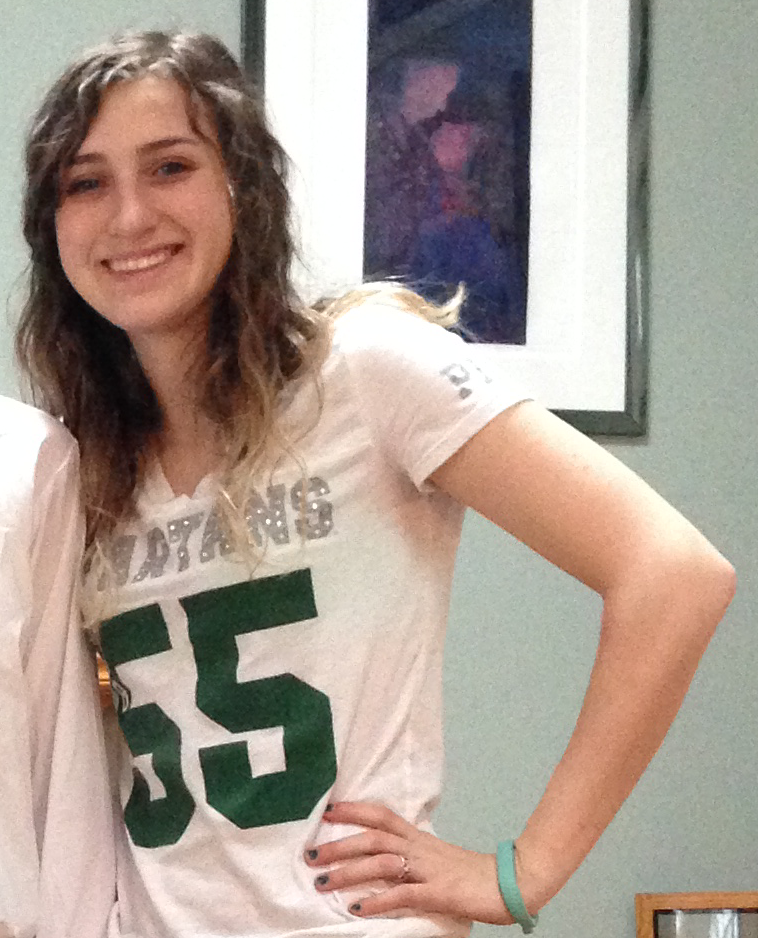 Two months after she reported Larry, Amanda remembers a school official called her in for a meeting. They wanted to show her the results of the Title IX investigation.

She says, “I mean, I was really nervous, but I thought that there was going to be some sort of trial or something like that. That’s what the information was that I was going to get, was that like, ‘okay, we realize that this was sexual assault. Like, these are your options going forward.’”

And as Amanda remembers it, Moore sat her down and pulled out a sheet of paper. She put it on the table, pointed to a simple diagram of a human body, and explained why Larry’s treatment was medically sound. Amanda says Moore told her they interviewed four female experts about Larry’s technique.

There’s something you should know about these four women Kristine Moore interviewed: they’re not patients of Larry’s, they’re all doctors or athletic trainers. And they all worked with him at MSU. One was even a close friend of Larry’s.

Amanda explains, “But she had phrased it as she went to, you know, she talked to four female experts in the field and they all said that what he did, while it wasn’t what they would do it, it wasn’t sexual and that I had not been sexually assaulted. That it was medically sound.”

Then, Amanda says, Kristine Moore handed her an information packet on sexual assault and told Amanda about a support group on campus for sexual assault victims.

“‘I’m so sorry. There’s nothing more I can do.’ And I told her, ‘don’t apologize to me. You’re not sorry.’ And I slammed the door and I walked out.”

What Amanda didn’t know in 2014 is that MSU didn’t give her the full report.

Kristine Moore kept one of her findings out of Amanda’s copy.

Sources shared that confidential section with us this year. In it, Moore sounds some major alarms. 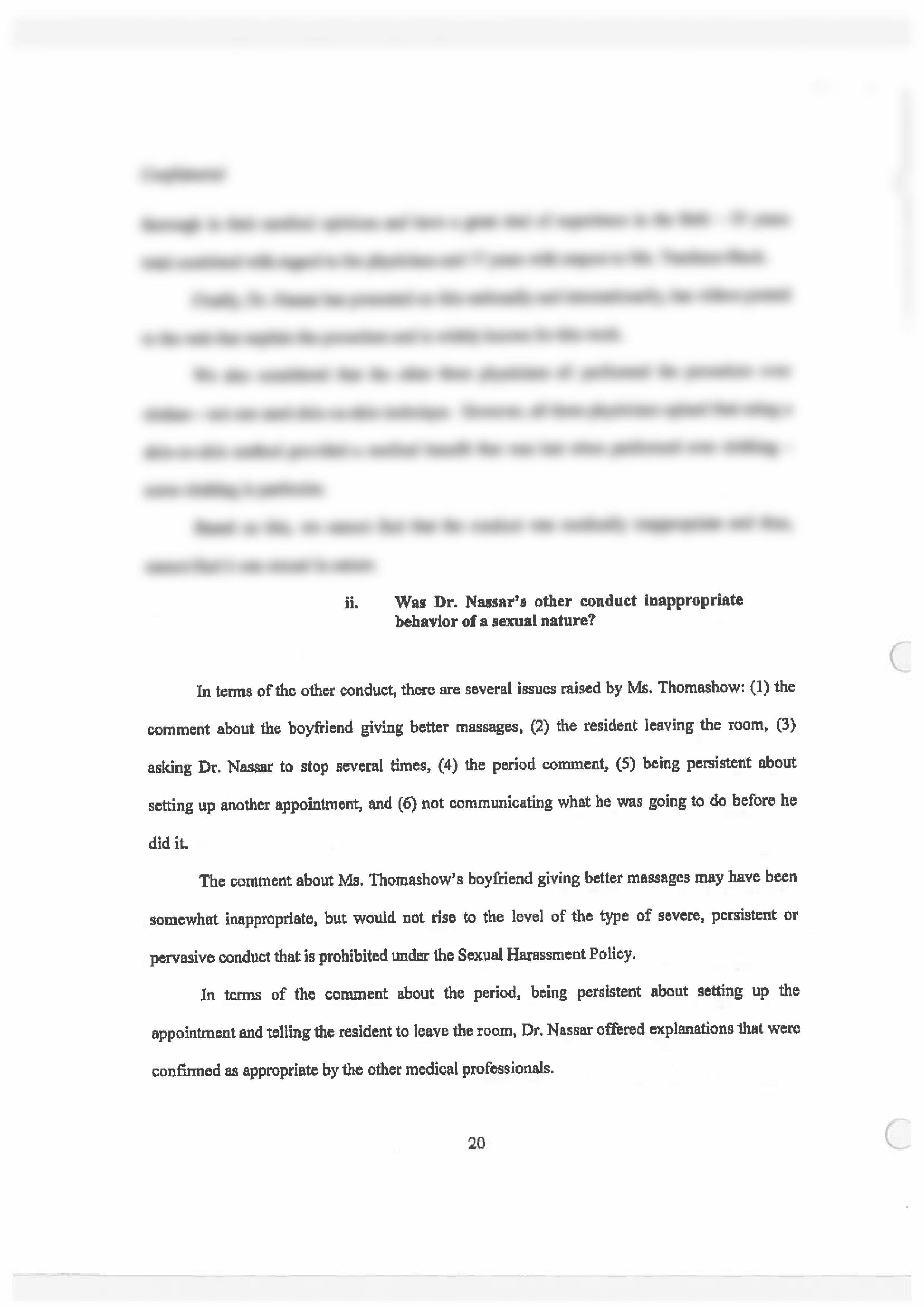 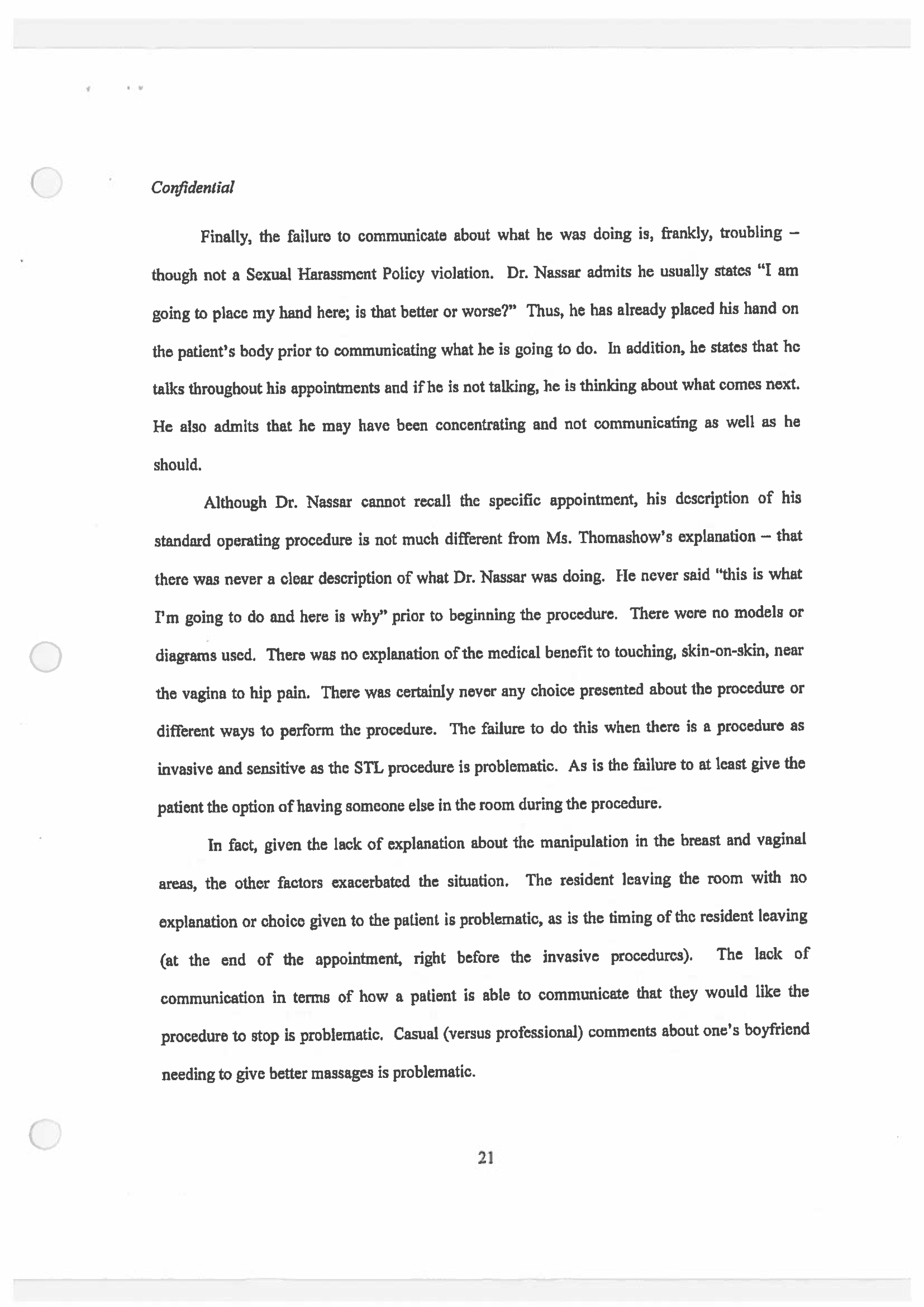 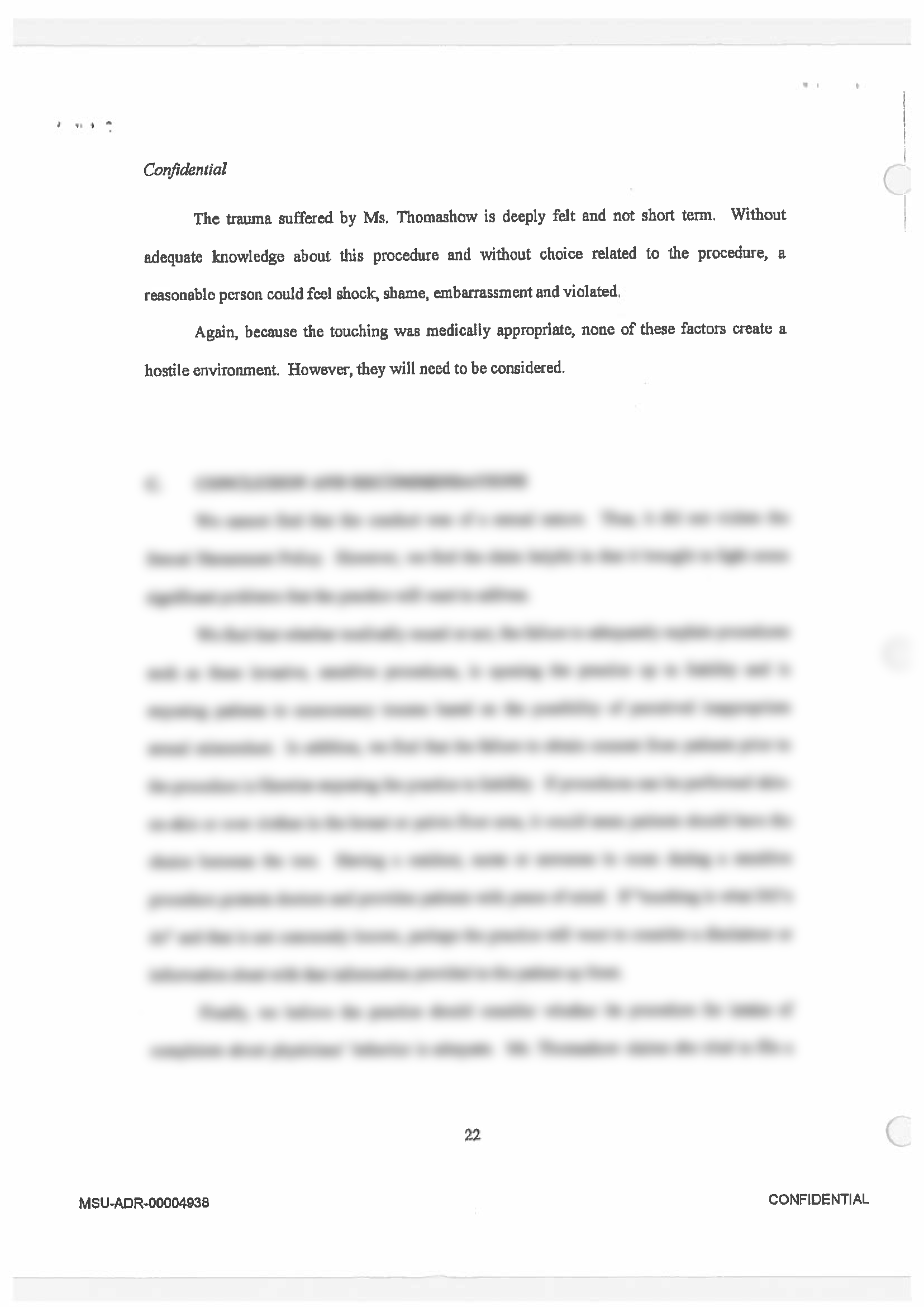 Moore said the treatments were “medically sound” but what Nassar was doing could get the school sued.

Of course in hindsight, we know MSU did get sued. This summer, the school settled for half a billion dollars. In that lawsuit, about 500 people said they were abused by Larry Nassar, and that MSU could have stopped him sooner.

But back in 2014, with Amanda’s case, the Title IX investigator simply said that Larry is exposing patients to “unnecessary trauma.”

Moore’s report concludes the university must address the fact that one of the school’s doctors is not getting patient consent, and patients may mistake his practice for “inappropriate sexual misconduct.”

We asked to talk with Kristine Moore, but she declined our request. Since the 2014 investigation, she’s been promoted to a position as one of the university’s top lawyers.

After less than three months on leave from his job at Michigan State University, Larry was allowed back to work. With conditions. He’d have to follow basic medical guidelines: wear gloves, get consent, have a chaperone in the room. In other words, really basic things that any doctor working with minors in their private areas should do.

But nobody at MSU ever actually checked to see if Larry’s doing any of those things.

That means young girls and women kept streaming into Larry’s treatment rooms…not just at MSU, but at USA Gymnastics and local gyms, and a nearby high school. Even at his home, where Larry “treated” patients on a massage table in his basement.

Some 70 survivors say they were abused by Larry after MSU cleared him to go back to work.

It would be two years until another MSU police detective would bring Larry in again. This time, he wasn’t getting away.