HOW HE GOT AWAY 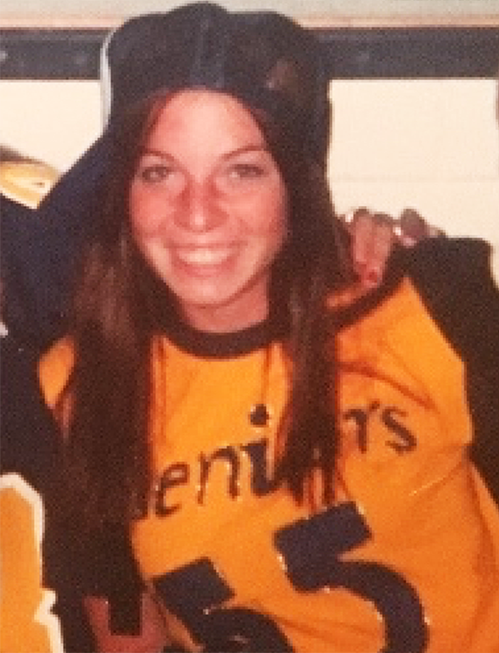 A 17-year old girl walks towards the bright lights of a hospital in Lansing, Michigan.

She’s with her mom and a police officer.

Brianne Randall-Gay has just come from the police station, where she reported what Dr. Larry Nassar did to her during an appointment earlier that day — how she went to see him for help with her scoliosis, and how he used gloveless hands to massage her breasts and vagina.

The police take her straight to the local hospital for a rape exam.

Brianne remembers the emergency room being packed. But the police escort means she skips the line. Goes right back into an exam room.

The nurse gives her a pelvic exam and also asks a lot of personal questions.

“I do remember telling the nurse, saying to her, you know, ‘what if no one believes me? What if everyone thinks I’m lying?’” recalls Brianne. “And she said, ‘you know, people who are lying about this don’t have the details like you have. And this man’s going to lose his license.’ And I remember – it’s so weird to me now – but I remember feeling so guilty after … I even think I told her something like, I don’t want that to happen. Thinking I made a mistake and feeling guilty for ever reporting him.”

The next step is for the police to question Dr. Larry Nassar.

But it takes about two weeks for a detective named Andrew McCready to sit down with him for an interview.

McCready wouldn’t be interviewed for this podcast, and there are no tapes of his interview with Larry.

What we have, however, is the written police report from 2004 where Larry lays out his defense. It consists of two things: an explanation claiming that what he did to Brianne was legitimate medical treatment, and a PowerPoint. It’s one of several presentations Larry created for speaking engagements and lectures he gave at medical conferences. And, apparently, to defend himself.

A portion of the Powerpoint Nassar presented to the police. Note: The images may be sensitive to some readers.

“Yeah, it is, it’s one of the many things I think that made…that fooled the officer,” said Meridian Township Police Chief, Ken Plaga.

Plaga wasn’t chief back in 2004. But he has reviewed Brianne’s case. And he says, look, you’ve got a doctor at the top of his field, explaining this complex medical procedure, providing evidence.

“I think that, you know, you bring in this PowerPoint with demonstrations of the actual procedure that are part of that PowerPoint where you see the hands inside the groin area. Similar to what was explained by the victim by Brianne, by several of the victims. You know, ‘here it is, I teach this.’”

This was one of Larry’s moves: create confusion; blur the lines between his abuse and legitimate medical techniques.

Larry would treat patients who had injuries like a heel fracture or a shoulder sprain, with his so called “pelvic manipulations.” He wasn’t even certified to treat the pelvic floor. But your average patient may not know any of this.

"What if no one believes me? What if everyone thinks I'm lying?" - Brianne Randall-Gay

Brianne Randall-Gay saw that PowerPoint for the first time this year.

“The PowerPoint is cringe worthy. It was really difficult to see,” she says.

“And what, you know, made me angry is that what I told them he did is not what he presented to them in the PowerPoint. He’s like on the side of their shorts, he’s not trying to penetrate them, he’s not massaging their breast. He’s doing none of that. So I feel like that PowerPoint, you know, it didn’t prove anything.”

Police Chief Ken Plaga admits there are at least two ways his department messed this case up.

One is, even though Larry was the suspect, the detective didn’t run his explanation or his PowerPoint by any other medical expert. They just took his word for it.

And second, the detective never brought the case to the local prosecutor for review.

Prosecutors see cases from all over the county — not just one town. So they would know, for instance, if multiple people have come forward about the same sports doctor.

But with Brianne’s complaint, that didn’t happen. And Larry went back to work.